Jana is an artist-researcher with a background in experimental contemporary choreography.

She did theatre studies at the Sorbonne in Paris, trained dancing and choreography at SEAD Salzburg and HZT Berlin. During her Master at the HZT she started to freelance and gained visiblity with her choreographic work that was presented among others at Springdance Utrecht, Hebbel am Ufer Berlin, Kampnagel Hamburg Impulstanz Vienna.However, she realized that merely freelancing does not feed the relation she wants to cultviate with her work, and so she took the research route.

2018 she received a D.A. (dance) from the Theater Academy of the University of the Arts Helsinki.

Currently, she acts as visiting researcher at the Performing Arts Research Center of Uniarts Helsinki.

She lives with her partner and their two kids in Helsinki and works between Finnland and Germany. 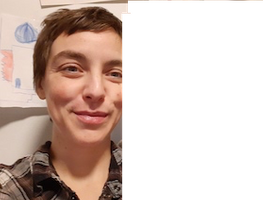